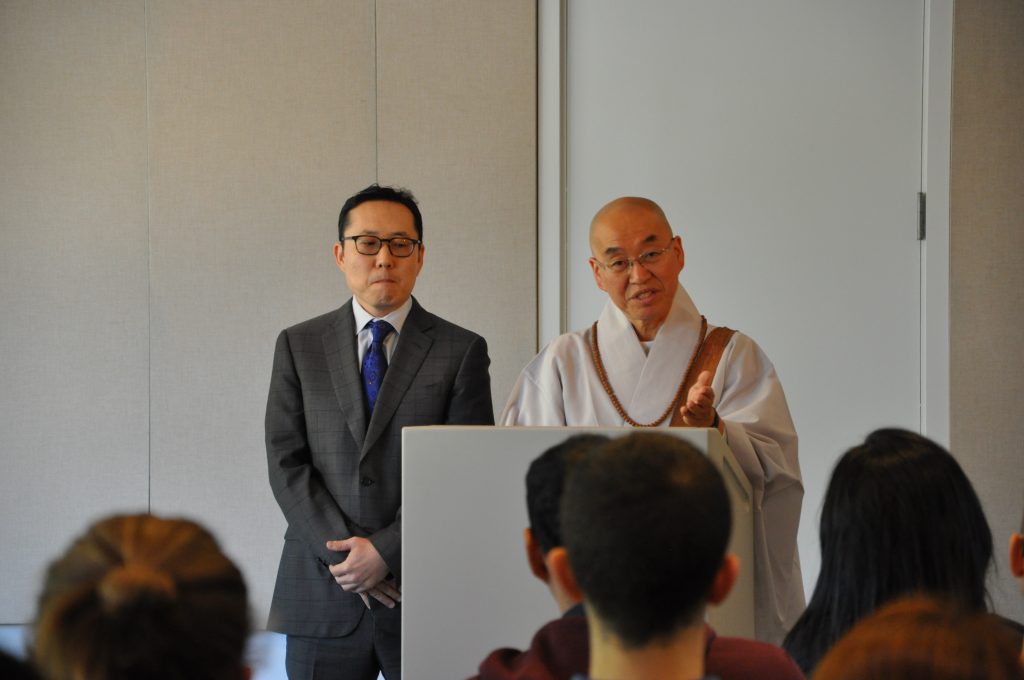 Venerable Pomnyun Sunim is one of the most recognized and influential religious leaders in South Korea with active following. He is well known for his unique way of engaging audiences in Dharma Q&A rooted in Buddhist teachings. He is also the founder and chair of an international relief agency (Join Together Society), a center for peace, human rights and refugees (Good Friends), a think-tank (The Peace Foundation), and an environmental movement organization (EcoBuddha). His extensive humanitarian and peace building work include efforts to alleviate the suffering of ordinary North Koreans through the development of food aid programs and by working with marginalized people in Asian countries to build schools and promote community development. In recognition of his contribution, he received the Ramon Magsaysay Award for Peace and International Understanding in 2002 and the POSCO TJ Park Community Development and Philanthropy Prize in 2011. In 2015, Pomnyun Sunim received Kripasaran Award from the Bengal Association at the 150th  Birth Anniversary Celebration of Ven. Mahasthavir Kripasaran, for his efforts in reviving Buddhism in India.