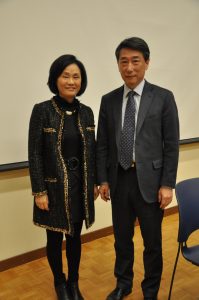 Oh Joon is a former Ambassador of the Republic of Korea (ROK) to the United Nations (UN) from 2013 to 2016. During this time, he also served as the 71st President of the UN Economic and Social Council (ECOSOC) and as President of the Conference of States Parties to the Convention on the Rights of Persons with Disabilities (CRPD) in 2015 and 2016. He is currently a member of the High Level Panel on the Future of Development Assistance Committee of the Organization for Economic Cooperation and Development (OECD). He was awarded the Order of Service Merit twice from the ROK government. He also received the Youngsan Diplomat Award for his work on North Korean human rights issues in 2014. In 2016, Rehabilitation International awarded him the Global Presidential Award in acknowledgment of his achievements as President of CRPD. 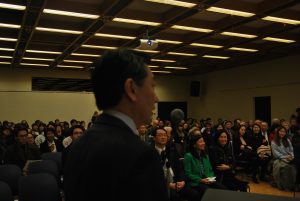