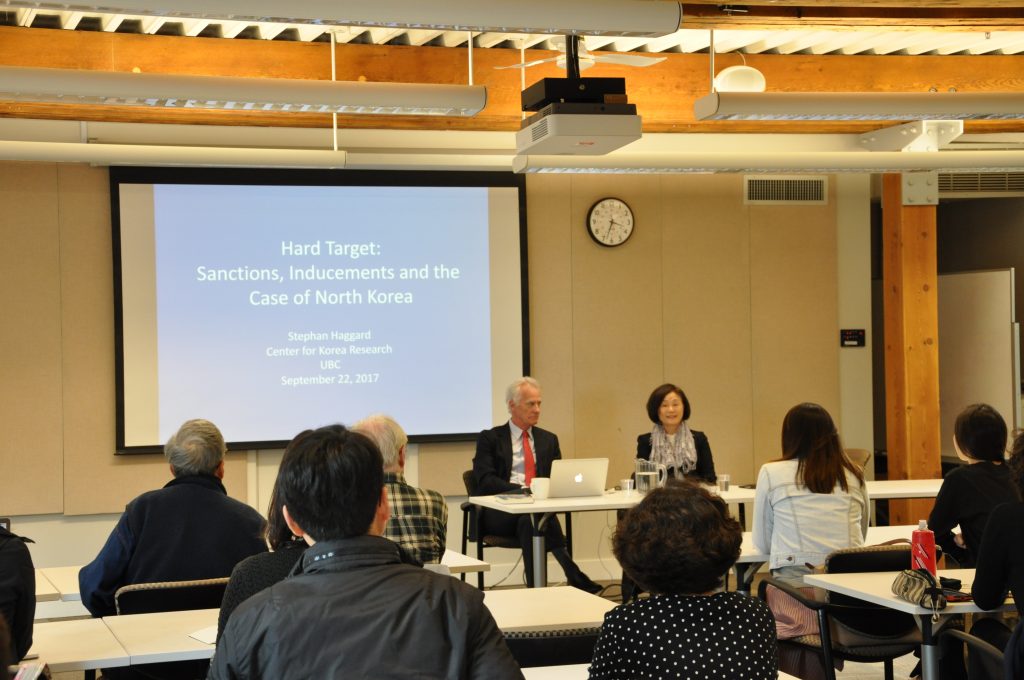 Stephan Haggard is the Krause Distinguished Professor at the School of Global Policy and Strategy (formerly the Graduate School of International Relations and Pacific Studies) at the University of California San Diego. He has written widely on the political economy and international relations of East Asia including Pathways from the Periphery: The Newly Industrializing Countries in the International System (1990); The Political Economy of the Asian Financial Crisis (2000); and From Silicon Valley to Singapore (with David McKendrick and Richard Doner, 2000). His work on North Korea with Marcus Noland includes Famine in North Korea (2007), Witness to Transformation: Refugee Insights into North Korea (2011) and Hard Target: Sanctions, Engagement and the Case of North Korea (2017). Prof. Haggard runs the Witness to Transformation blog at http://www.piie.com/blogs/nk/ with Marcus Noland and currently has a regular column with Joongang Ilbo.

In this seminar, he gave a talk about sanction on North Korea using past examples, as well as President Trump’s new decision on September 21st, 2017, to expand sanctions on North Korea. Because authoritarian regimes like North Korea can impose the costs of sanctions on their citizens, they constitute “hard targets.” Yet authoritarian regimes may also be immune—and even hostile—to economic inducements if such inducements imply reform and opening. Drawing on an array of evidence—including trade data, surveys of Chinese and South Korea firms doing business in North Korea, and analysis of the country’s political structure—Hard Target, Dr. Haggard’s newly published book, argued that to date, both sanctions and engagement efforts have had little impact on the North Korean grand strategy, suggesting what would have to change for denuclearization and a broader settlement on the peninsula.