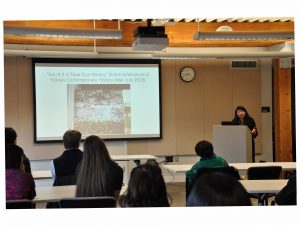 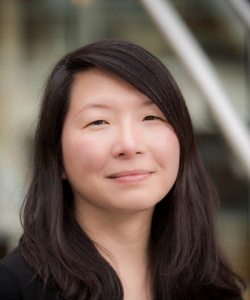 Nan Kim is Associate Professor in the Department of History at UW-Milwaukee, where she is the Director of Public History and the Co-Coordinator of Asian Studies.  She is the author of Memory, Reconciliation, and Reunions in South Korea: Crossing the Divide, and her work has appeared in The Journal of Asian Studies, The Asia-Pacific Journal: Japan Focus, and The Routledge Handbook on Memory and Reconciliation in East Asia. She serves on the editorial boards of the National Museum of Korean Contemporary History and The Seoul Journal of Korean Studies. A native to New York City, Dr. Kim received her PhD in Cultural Anthropology from the University of California, Berkeley, and her bachelor’s degree in English Literature from Princeton University. This presentation considers ongoing historical debates and developments in memory politics highlighted by the 70-year milestone since the 1948 Jeju Uprising, while also tracing past efforts that brought suppressed Jeju 4.3 historical memory into greater public awareness during recent decades. Recognizing how greater visibility of traumatic historical events can also bring about new kinds of risks, this talk challenges an uncritical embrace of “dark tourism” with respect to massacre-related memorial sites on Jeju Island and elsewhere in the world. Framing Jeju’s history of state-led touristic development by South Korea’s past military-authoritarian regimes as integral to the censoring and historical erasure of Jeju 4.3 that had prevailed during much of the late 20th century, this talk argues that the island is uniquely positioned to draw into question the larger discourse that regards as a form of tourism the visitations of sites associated with intense historical trauma.